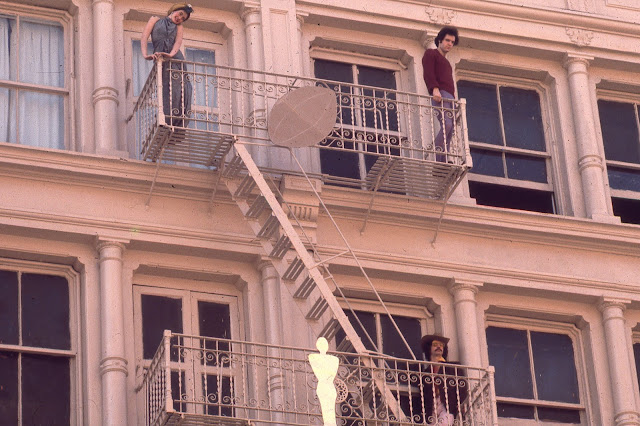 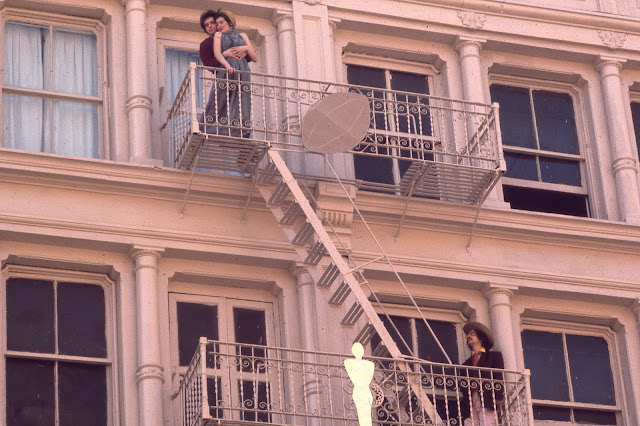 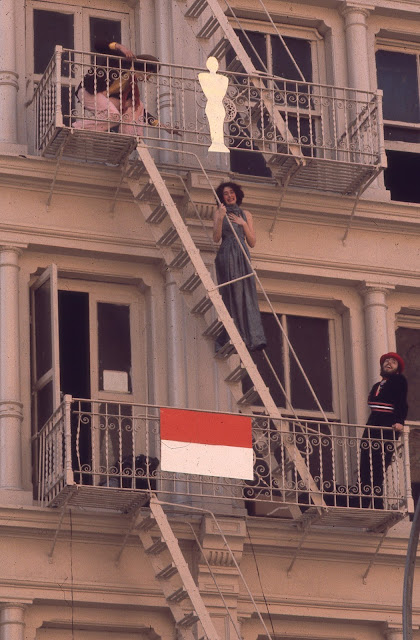 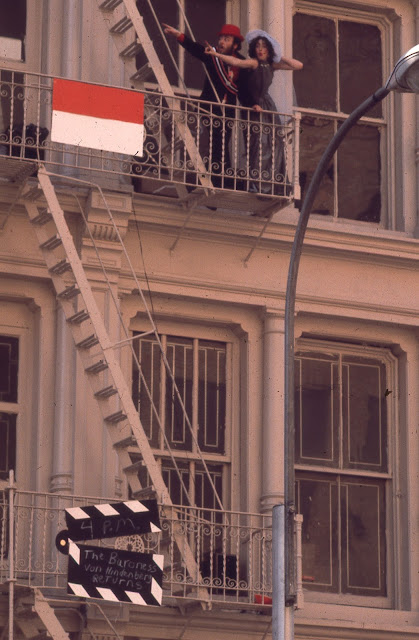 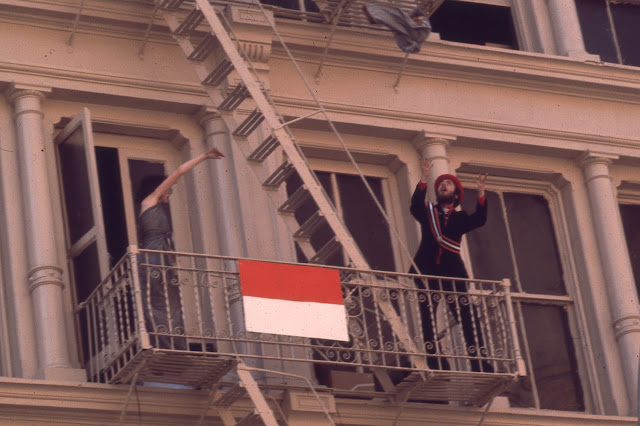 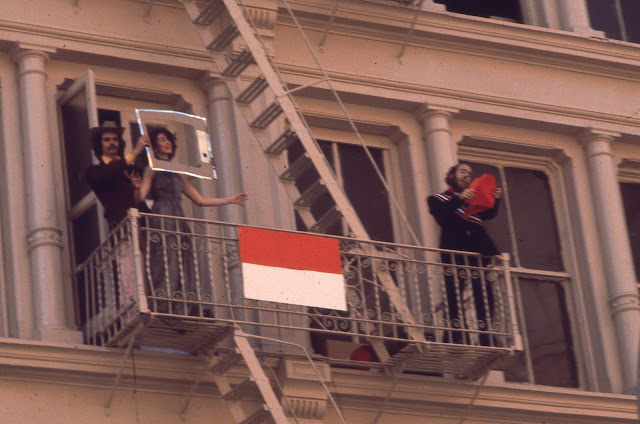 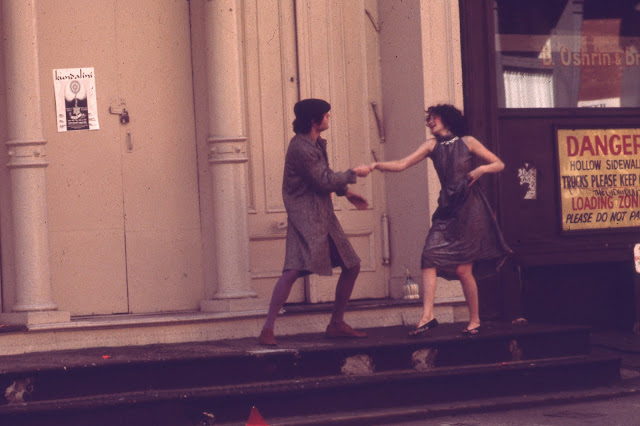 Photographs by Edward Druck,
The Cast:  Bette Druck as The Baroness,
Jed Harris as The Producer,
Brian Russo as The Baron,
& yours truly as The Bum/old flame.
A soundtrack blared from outdoor speakers on the third floor.
Posted by uziny at 11:52 AM