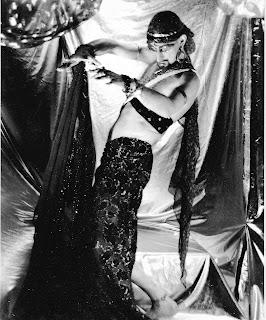 I am thrilled that my expanded cinema performance with Ela Troyano has been included in this exciting festival.  We are doing an all new version of I SHOT JACK; TWO.
NEW HORIZONS is a festival of films that go beyond the limits of conventional cinema.  Deciding about the formula of our festival, especially of its competition part, we asked ourselves a question: is there in the 21st century cinema (shaped by the mass audience and its tastes) a place for directors who go against the current, for individualists who use their own style, their own inimitable language.
Such haughty artists still exist in different parts of the world, although they find it ever harder to realise their projects. And yet their art does have its lovers - it is for those lovers that the festival is organised.
Guided by our own taste, from among hundreds of films that are screened yearly at festivals all over the world, we choose those that due to their unusual form and force of expression will not let the audience forget them. All over the world, they give rise to polemics and discussions, praise and protest. And yet it is such films that usually set the newest trends in world cinema art.
NOWE HORYZONTY is a festival of film visionaries, of uncompromising artists who have the courage to follow a path of their choice against the current trend and to tell about the most important things using their own unique language.
Roman Gutek – Festival Director
The NEW HORIZONS IFF is a member of FIAPF (Fédération Internationale des Associations de Producteurs de Films) - a Paris-based regulator of international film festivals.
info: festiwal@nowehoryzonty.pl
Posted by uziny at 7:02 AM No comments:


One Flaming Day in a Rented World! 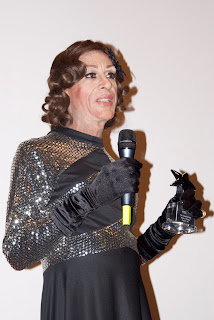 Mario is back! Nearly two years after the LIVE FILM! JACK SMITH! Five Flaming Days in a Rented World! festival at Arsenal and HAU/Hebbel am Ufer, we are very happy that Mario Montez, legendary star of the films of Jack Smith and Andy Warhol, will be celebrating his birthday with us here in Berlin. We will be beginning this wonderful day with an autograph session with Mario Montez on the Filmhaus roof terrace. Afterwards, Ela Troyano and Uzi Parnes from New York will present an updated version of their live film performance  I SHOT JACK TWO. Inspired by Jack Smith’s own performances, they will be re-editing elements of their own films in front of a live audience. The short film CHUMLUM (Ron Rice 1964) then follows, which was created during and after the shoot for Normal Love while Jack Smith, Mario Montez and the rest of those involved were all lying around exhausted in Rice’s loft. Dissolves are used to turn the whole set-up into a playful mix of color and rhythm. We will also be showing video clips with Mario Montez and holding an open discussion with the superstar hosted by Marc Siegel. (July 30)
Posted by uziny at 6:11 AM No comments:

You can read all about Jack Smith here... 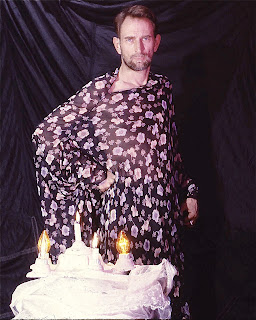 
See I Shot Jack Two, my show with Ela Troyano on July 27th 9:45 in Wroclaw, Poland and on July 30th at the Kino Arsenal: Sony Center in Berlin, Germany
Posted by uziny at 2:19 PM No comments: