CARMELITA GETS THE SPIRIT

Going through my old tapes I found this amazing gem from the 1988 production of Candela, a collaborative multi-media production by Carmelita Tropicana, Ela Troyano and myself directed by me. Hope you enjoy.
Posted by uziny at 6:47 AM No comments:

The piece began as a parody of YouTube travelogues and evolved to include an examination of context and meaning derived from music and its effects on visual perception. My intention was to parody the customary city travelogues strung together for many of the world’s great cities by piecing images of their most famous icons. In Paris, these are the Eifel Tower, Arc De Triomphe, Champs Elysees. In my version of the “travelogue” the Eifel Tower is not recognizable when it appears, and often not perceived at all in the abstract photos that depict it or the other landmarks.

The piece utilizes a series of about 80 images shot in Paris in December and January 2009/10. The images are all of light and capture the “City of Light” in an abstract painterly manner that transforms it into pure light and color. Intended to be seen from three monitors that are suspended, as a triangular chandelier the work continues my exploration of “Photo-Chandaliers” a term I coined to describe the objects I created that combined elements of both. These Photo-Chandaliers evolved from my 1982 performance “Chandalier Fashion Show” starring Jack Smith. In 1984 I co-founded East Village performance club Chandalier (often spelled Chandelier by others.) There the Photo-Chandaliers were created initially as part of the décor. Subsequently, they have evolved and in Paris Chandalier X3 I am striving to transform the abstracted photo images of the city of light hanging them from video monitors as a chandelier.

To the images I wanted to add music and chose three distinctly different renditions of Cole Porter’s classic song I Love Paris-a personal favorite. With the music I was interested in giving the flavor of the city as an American in Paris. I discovered as I produced the tape that each of the renditions of the classic song created a unique quality though in each sequence the images remain identical. The timing was shortened or elongated to fit the music but the visual sequence remained identical. Yet, each song creates a unique atmosphere, which interacts with the images distinctly. Together the three sequences create a much more vibrant portrait though albeit it remains an abstract one.

Paris Chandalier X3 is intended to be seen ultimately as a three channel work. I envision the viewer able to move around the suspended triangle of monitors, each playing a single version of the song, which are of different lengths. As the three sound areas interact I am interested in the soundscapes that will be created where the songs bleed into each other acoustically. Since the songs are of different lengths, these acoustic spaces will be in constant flux as different sections of each song overlap. To transform the uploaded Paris Chandalier X3 into a three channel piece: place 3 laptops or I-pads in a triangle, FF to beginning of each channel, and start all 3 versions simultaneously. 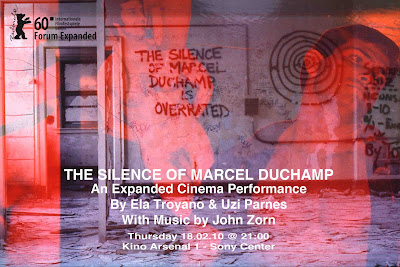 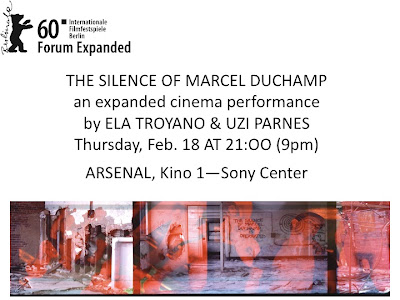