More about my Raschenholback at the Detritus show.

“Trash is the material of creators. It exists if you approve or not.” Jack Smith

Though I have always used found objects in my constructions—“photo-chandaliers” this Detritus series was inspired by the 2010 Robert Rauschenberg show at the Gagosian Gallery. In particular I was impressed with some of his early work using found materials such as cardboard and wood. The premise for Detritus 1 was “I Can’t Afford To Buy A Rauschenberg So I’ll Try To Make One Myself.” Detritus 2 my Rauschenholback photo-chandalier takes the concept a step further to combine the inspiration of Rauschenberg, Andy Warhol and Haim Steinbach and also create a final resting place for one of the two priapus chandaliers created for my Day Of The Dead Alter For Jack Smith Installation at the Jack Smith/Live Film Festival in Berlin, 2009.

Revised RAUSCHENHOLBACK for the Detritus show 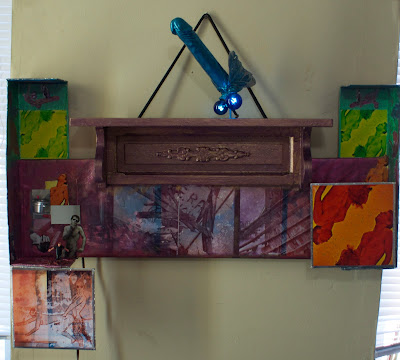 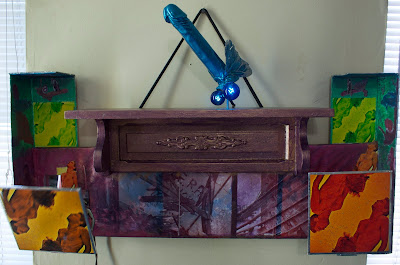 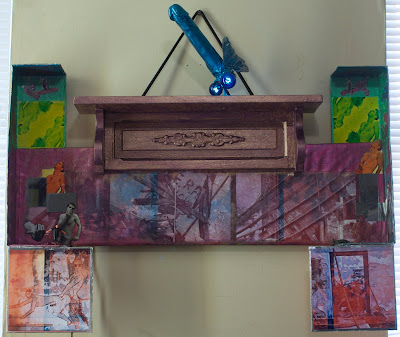 I was afraid the frayed bungee chord would break and had to replace it...
Posted by uziny at 11:07 AM No comments:

The Art of Detritus opens April 23 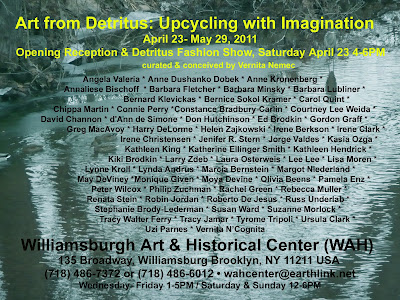