The Three Witches scene from Macbeth, cut from Loisaida Lusts 1986

https://www.youtube.com/watch?v=4IyA9jPrZ2Y&feature=youtu.be
This scene was mostly cut from Loisaida Lusts, 1986 by Uzi Parnes and Ela Troyano 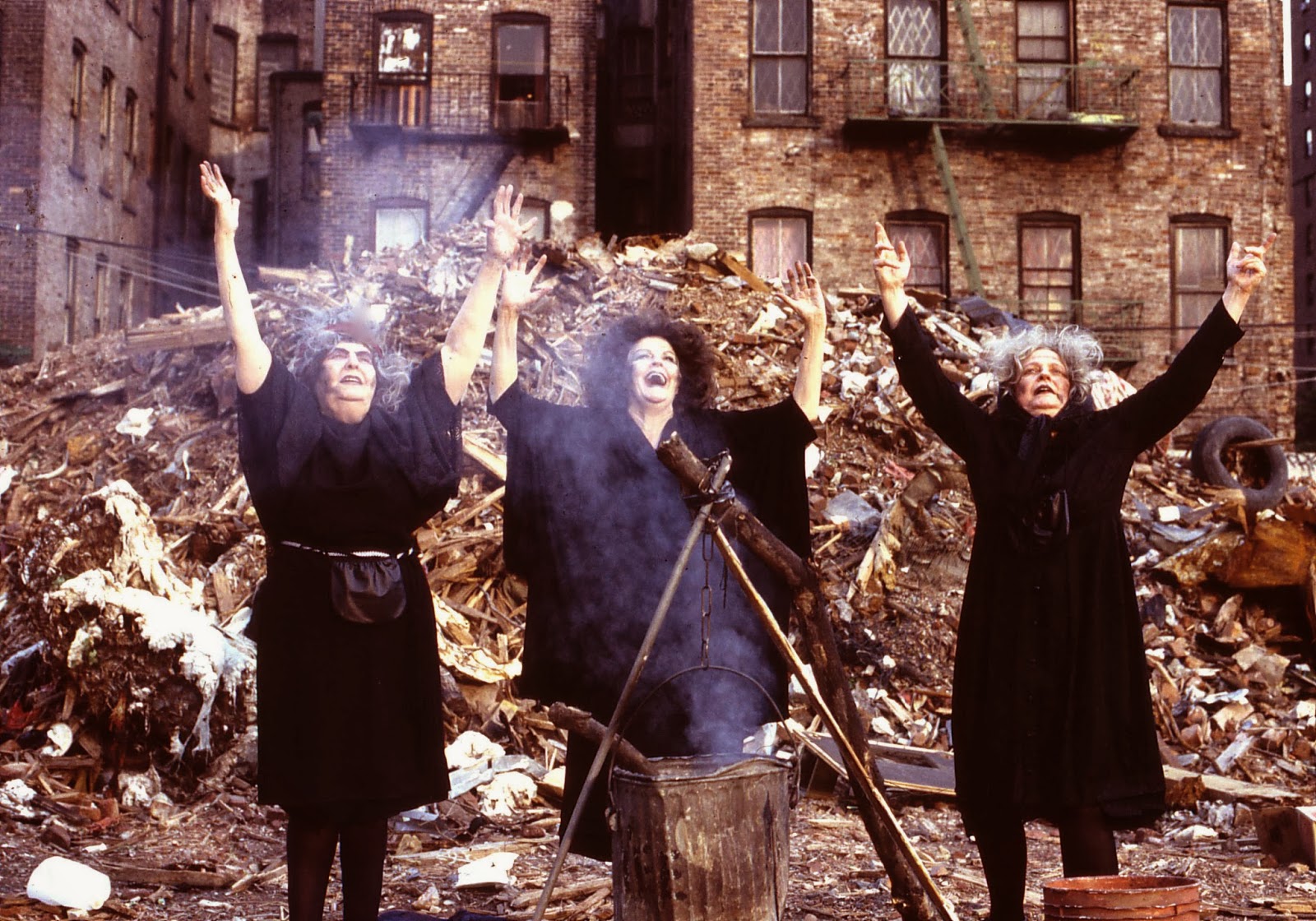 because it was too long to work with the rest of the film.  (A few other scenes needed to be cut as well.) But as it is such a powerful rendition of the Three Witches scene from Macbeth, I thought it should live on somewhere...  It stars the inimitable legends of NYC downtown performance Lillian Kiesler, Maryette Charlton, and Jane Lawrence Smith.  The scene was shot on Ave. C in 1985 and directed by Uzi after extensive rehearsals indoors but the ending developed as we shot.  Camera; Ela Troyano
Posted by uziny at 7:58 AM No comments: