NEVER TRAVEL ON A ONE WAY TICKET

Last night saw the amazing intro Spective on the dynamic East Village art tag team of Ela Troyano & Uzi Parnes.  Kudos to Arsenal Empress Stefanie Schulte Strathaus for bringing this standout program to Berlin.  Its just what the city needs.  I unfortunately missed the opening and the La Lupe Queen of Latin Soul (2007)film which everyone is talking about.  During Camp/Anti-Camp I had already seen Carmelita Tropicana:  Your Kunst Is Your Waffen which is hilarious and stars the divine Carmelita who is Ela´s sensationally talented sister.  I feel horrible that I missed Uzi´s Structuralism & Sex Program of lovesexxxy shorts.
Thank god I was able to see Uzi´s magnificent queer love home movies that includes the slide show Sex Piers, Queer Love Poem (1991) that features a stunning Latin youth lust object, the mad cap Seven Days with the Same Dick (1992) Happy Mother´s Day (1993) the disturbingly transcendent Batterer(1995) and triumphantly personal Memorimort (2010)
It was also a treat and pleasure to watch Ela´s 1997 feature Latin Boys Go to Hell which was produced by Jurgen Brunning who also did a fab job as moderator in conversation with Ela after the zany David Does Venus(1984-1989) and another rare short subject flicker featuring a riotious Nick Zedd.  When the brilliant Tante Jurgen is on, he is really ON!!!!!  Daniel Hendrickson was also charming during his Q&A with Uzi.  In the audience:  Empress Stefanie, Uli Ziemons and Pauline Beaudry and an assortment of German, & Greeks trying to escape from football madness.
Tonight is the last evening of the intro Spective with a joint program that includes some rarely seen classix like Carmelita Gets the Spirit (1988) and Loisaida Lusts(1985) and perhaps some surprises, so come on down to historic Potsdamer Platz for your ElaUzi fixxxx.
***
My interview with Manuel Schubert for internet radio program Film Highlights:

POSTED BY VAGINAL DAVIS AT 2:32 AM

It's OK it's just white chocolate... 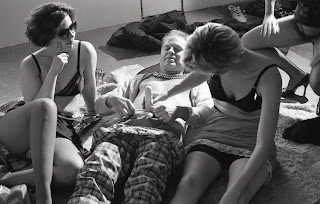 WORLD PEACE my very rarely screened 1987 short will play this Friday in Berlin, after two amazing movies by Ela Troyano.  And yes it is only white chocolate.  (The cast preferred to remain nameless.)http://www.arsenal-berlin.de/en/calendar/single-view/calendar/2012/june/21/article/3453/3004.html
Posted by uziny at 9:42 AM No comments:

This Weekend in Berlin at The Arsenal Kino 2, at the Sony Center 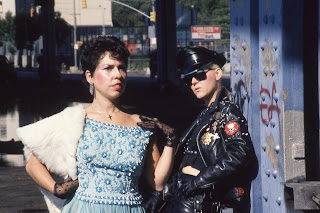 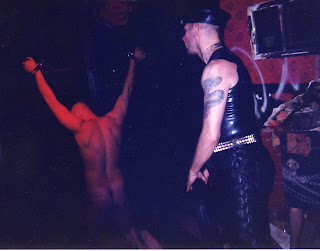 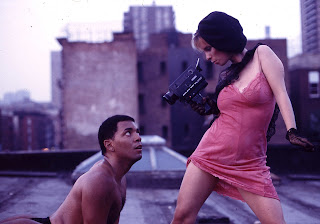 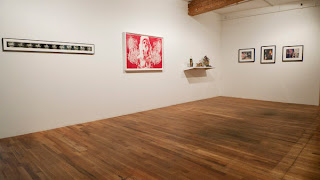